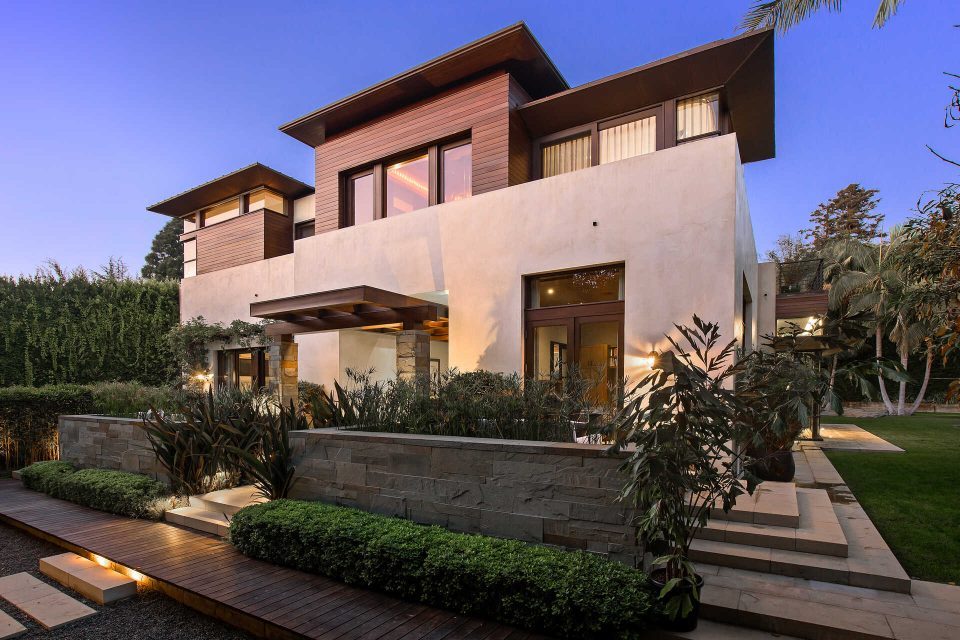 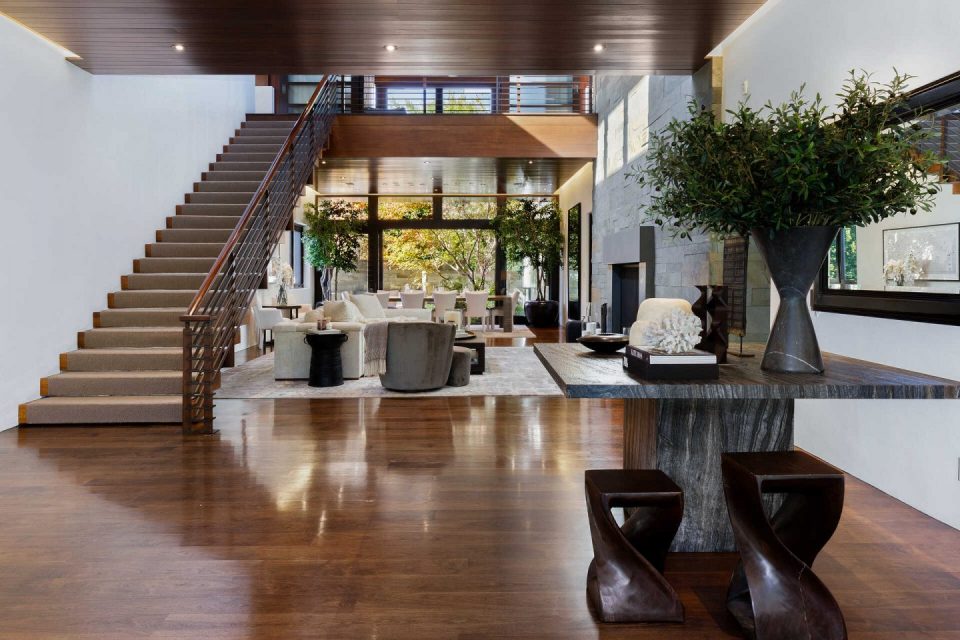 The listing agent for the Damon home is Eric Haskell of The Agency, Beverly Hills. 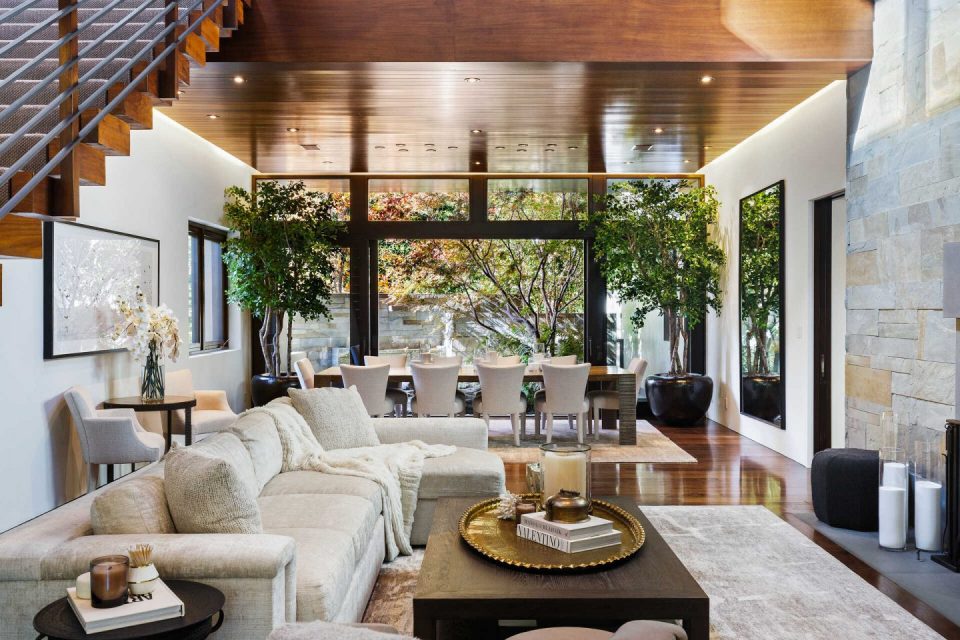 The resort-style pool is an amazing entertainment space. 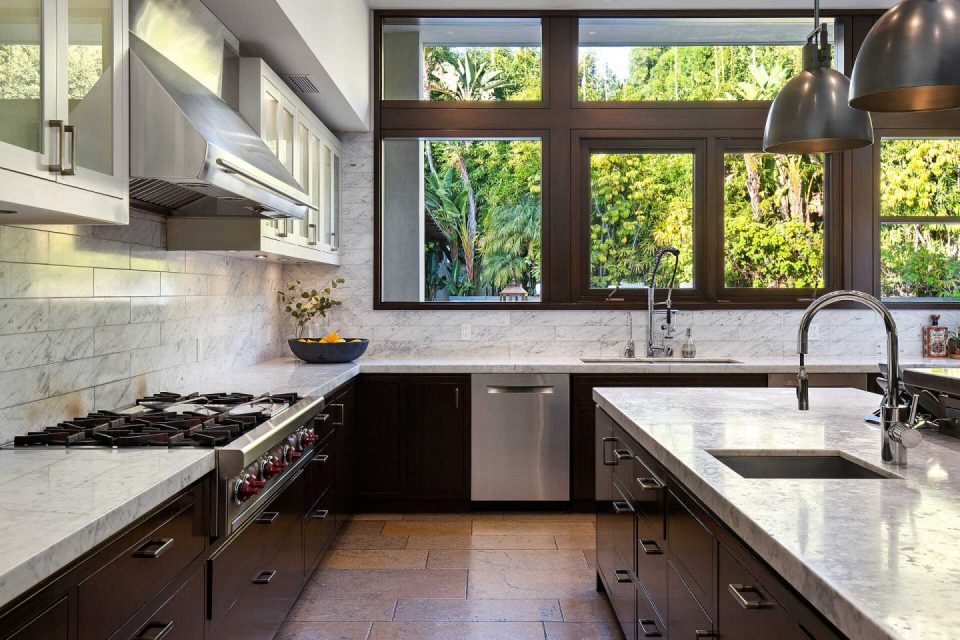 There is a Hawaiian-style covered lanai for dining and lounging among tropical plantings. 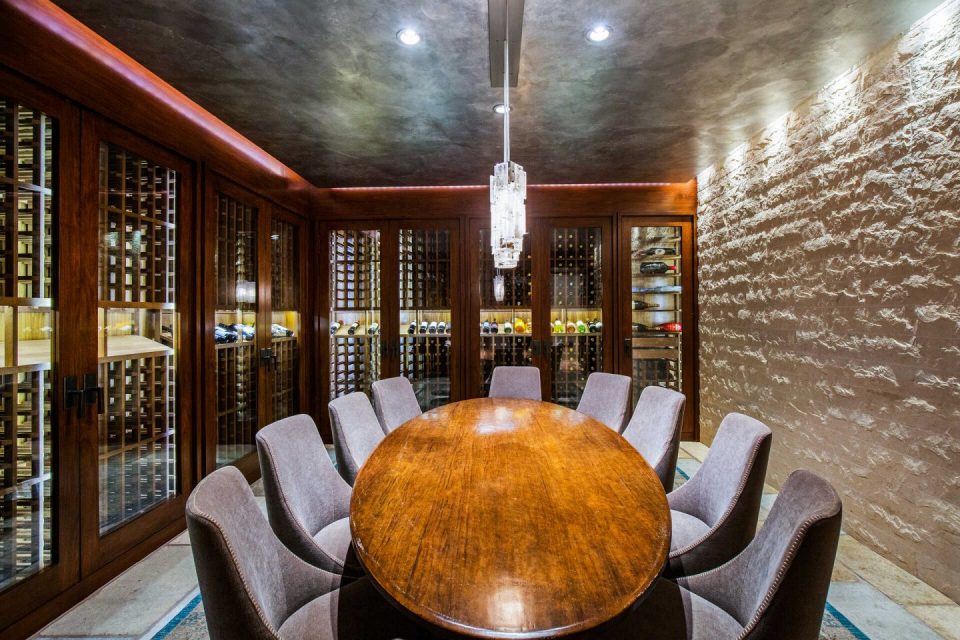 Outside is a waterfall and koi pond. 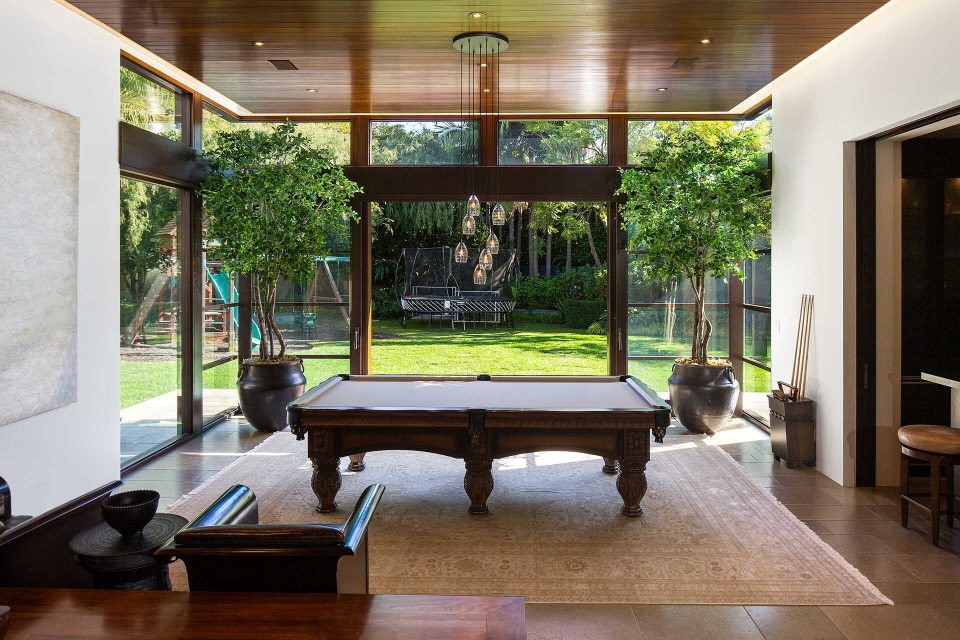 The master suite has its own private terrace, dual dressing rooms, massage room and bath. 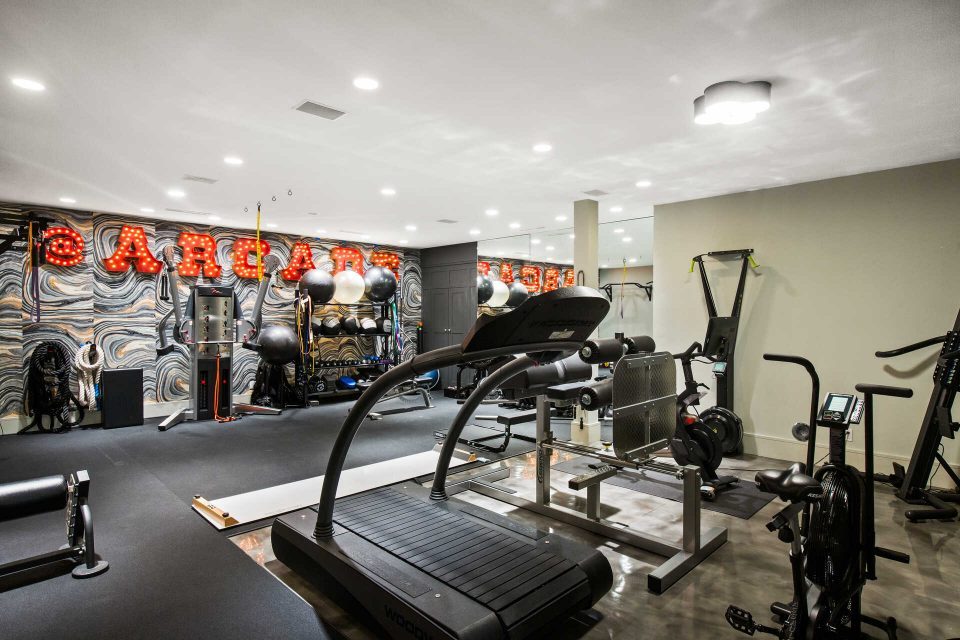 The home’s focus is the center atrium soaring to 35-feet. 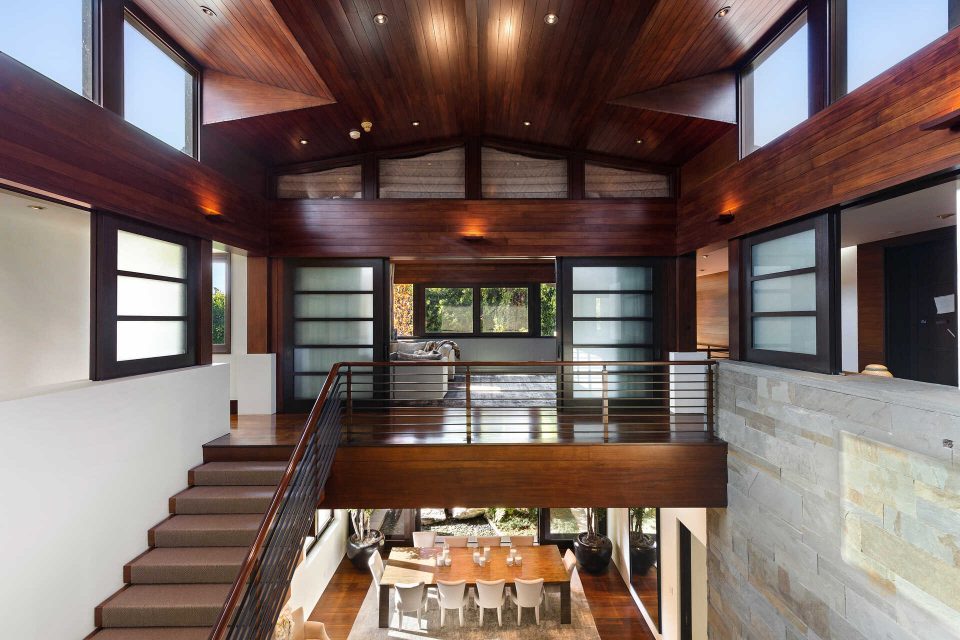 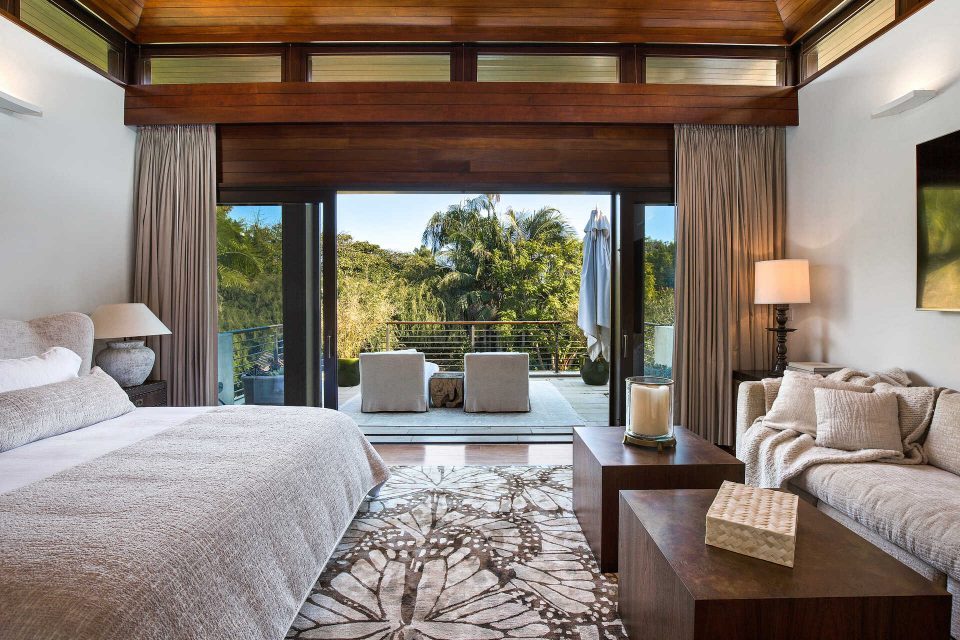 Also included is a game room. 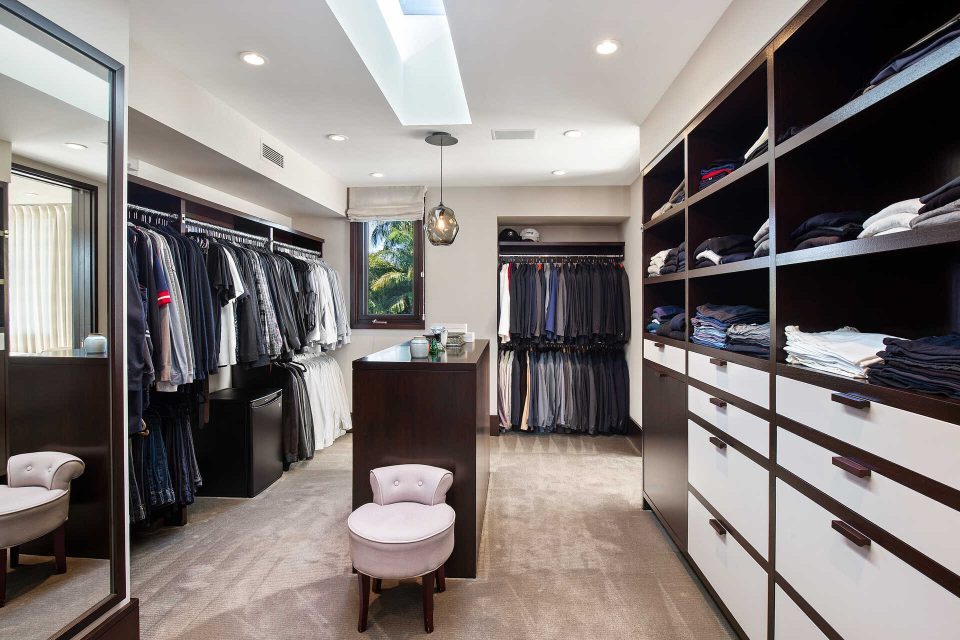 The 13,508-square-foot home has seven bedrooms and 10 baths, inside a private-gated entry 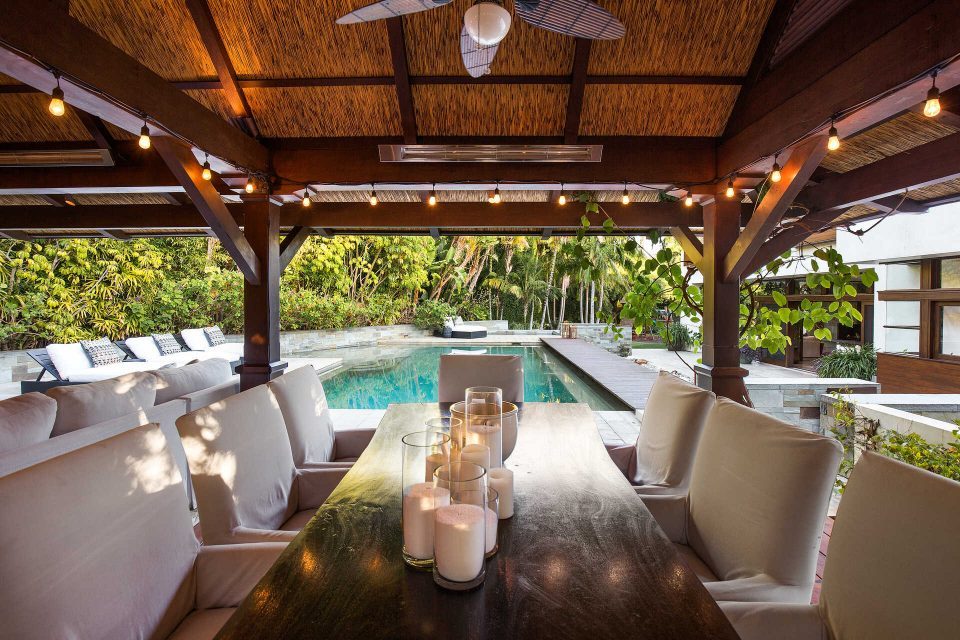 Best friend Ben Affleck will be staying in Los Angeles to be near his three children. 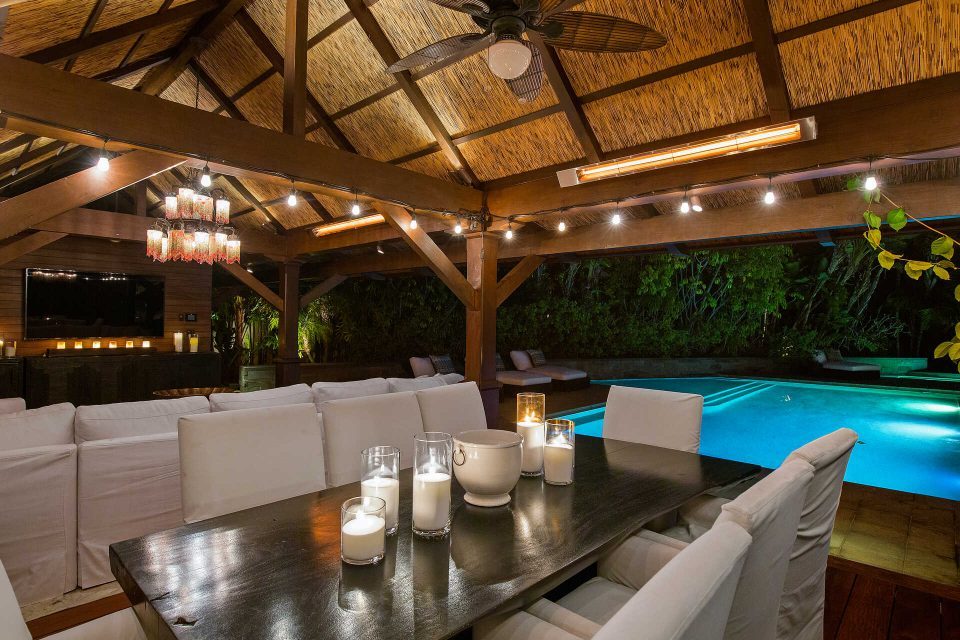 The Damon family have moved to their six-bedroom penthouse at the Standish in Brooklyn Heights, New York. 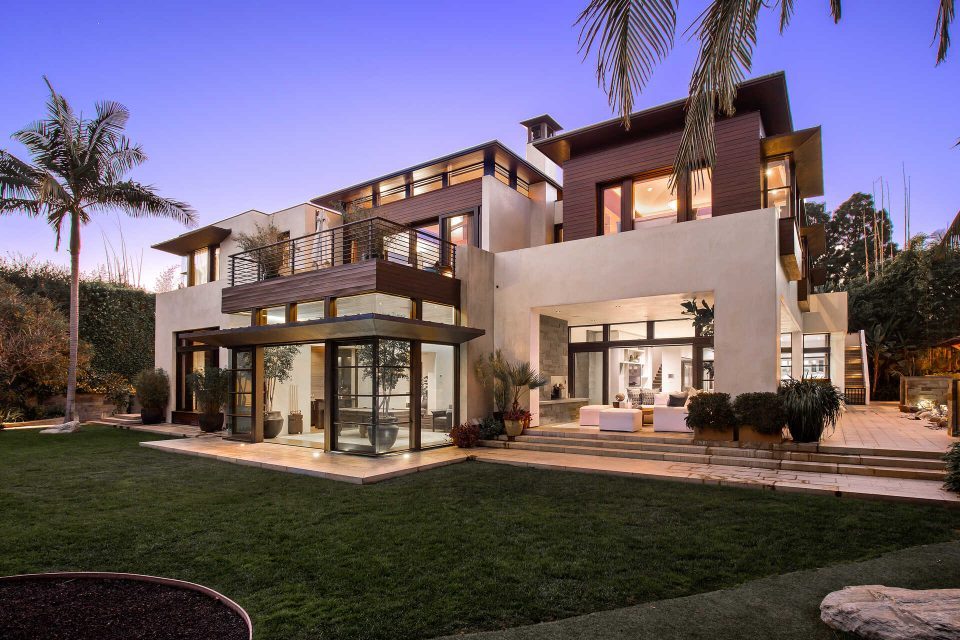 Bidding farewell to Los Angeles, Matt Damon listed his Zen-inspired Pacific Palisades mansion for sale in January for $21 million. With no takers, Matt recently reduced the price to $17.9 million, and it sold in a couple weeks. The final sale price has not been disclosed.

Situated on the same premier street his buddy, Ben Affleck, still calls home, Damon’s 13,508-square-foot residence is in the mid price range for Pacific Palisades with seven bedrooms, 10 bathrooms, and nearly three-quarters of an acre of lushly landscaped grounds with mature trees, a koi pond, a children’s play area and a resort-style pool and spa. Master-architect Grant Kirkpatrick of KAA Design used warm woods, natural stone and lots of glass while including artful details throughout the spacious mansion. The home’s focal point is its central atrium with 35-foot, vaulted-mahogany ceilings that let in tons of natural light. Open floor plans and disappearing glass walls connect the sprawling living and entertaining areas. A chef’s kitchen features custom-mahogany cabinetry, Bluestone countertops, and top-of-the-line, stainless-steel appliances by Viking, Miele and Wolf. The master suite includes huge dual walk-in closets, a spa-style bath with a massage room and opens onto its own private terrace with palm tree and garden views. A game room, bar, office, gym, media room, staff quarters and wine storage and tasting room complete the gated estate.

One of Hollywood’s most bankable stars and among the highest-grossing actors of all time, Matt’s films are responsible for almost $4 billion in box office receipts. Together with his writing partner and life-long friend, Affleck, Damon won an Academy Award and a Golden Globe for Best Screenplay for Good Will Hunting. As an actor, he took home a Golden Globe for his starring role in The Martian.

Matt's most recent project is the upcoming The Last Duel, which was filmed in France and Ireland during the pandemic. Damon found himself locked down for three months with director Ridley Scott and the rest of the film’s cast and crew in the small Irish town of Dalkey, about 45 minutes away from Dublin. The actor loved it so much that he reportedly considered moving to Ireland. Instead, Damon and his family have taken

up residence in their $16.75 million Brooklyn Heights penthouse, at its time of sale the most expensive piece of residential real estate ever sold in Brooklyn.

The listing is held by Eric Haskell of The Agency 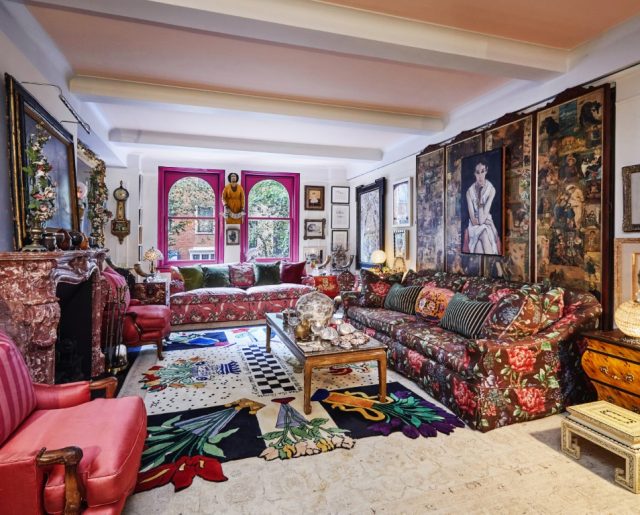 Gloria Vanderbilt’s Manhattan apartment was just as colorful and fashion-forward as the lady herself. Gloria, who died in 2019 at...Read More