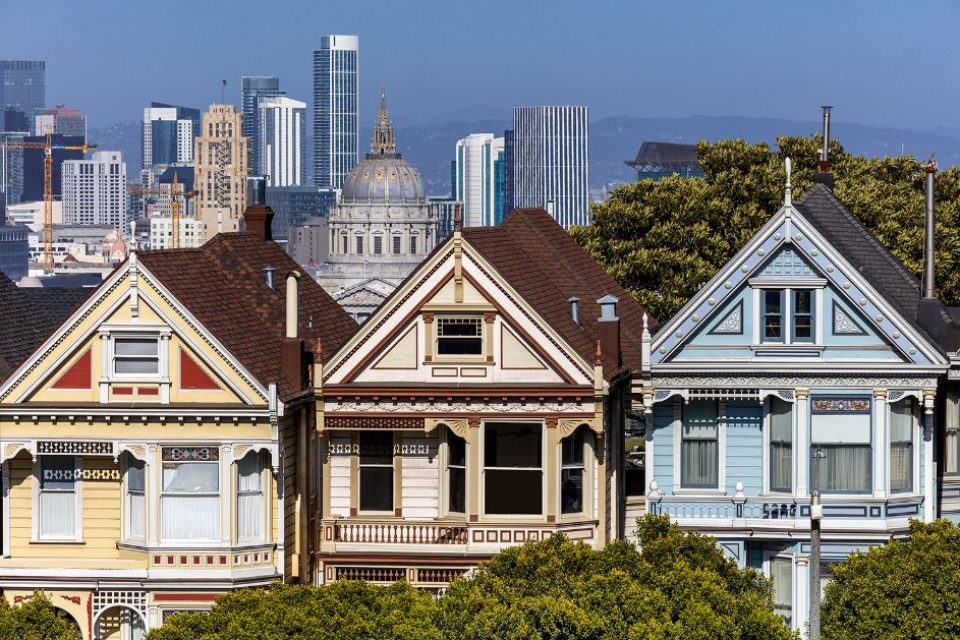 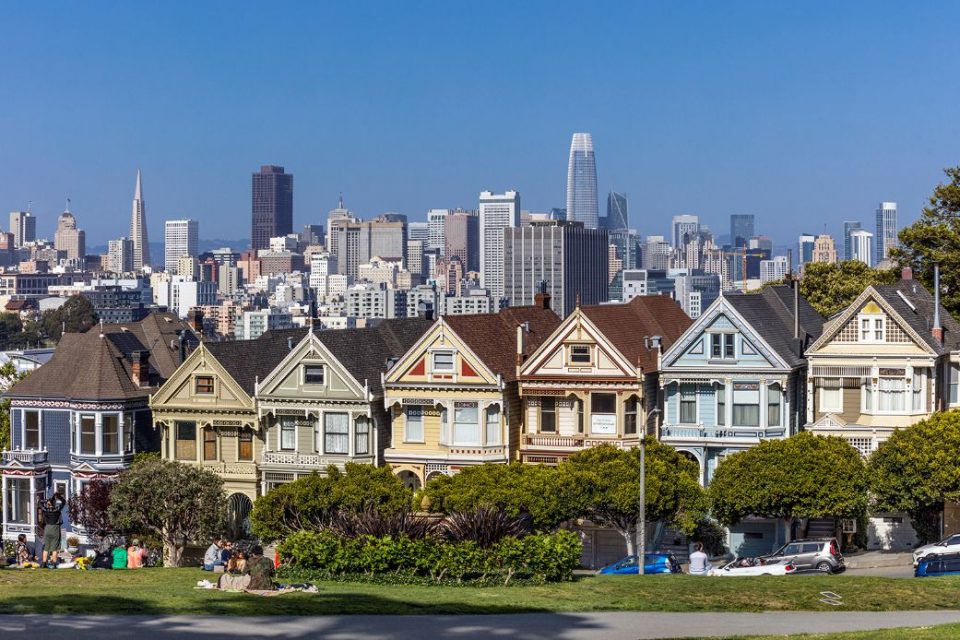 Postcard Row is one of the most photographed sites in San Francisco. 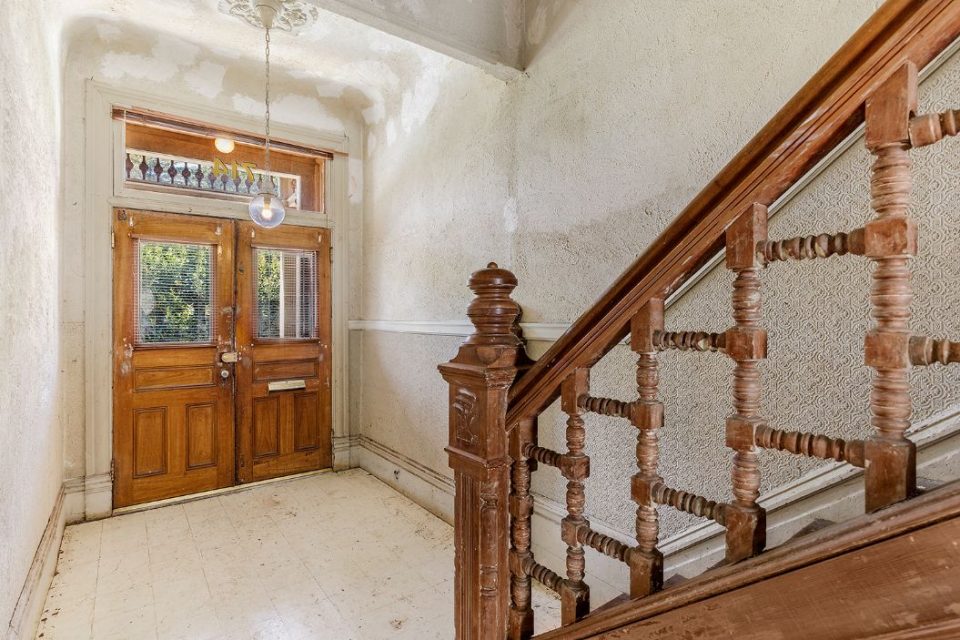 The front stairs consist of terrazzo treads and risers, textured stucco side walls and a wooden balustrade. 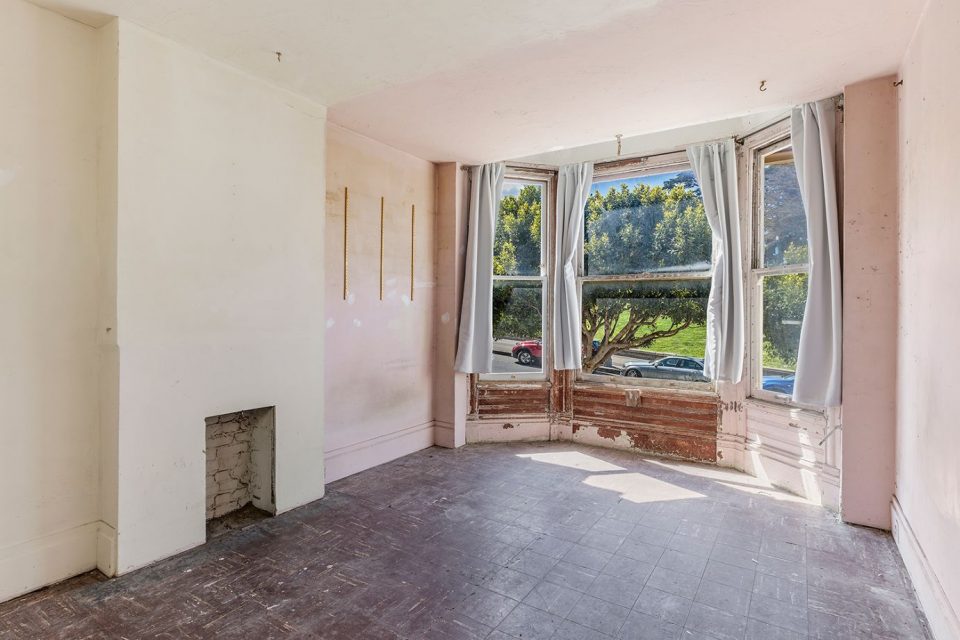 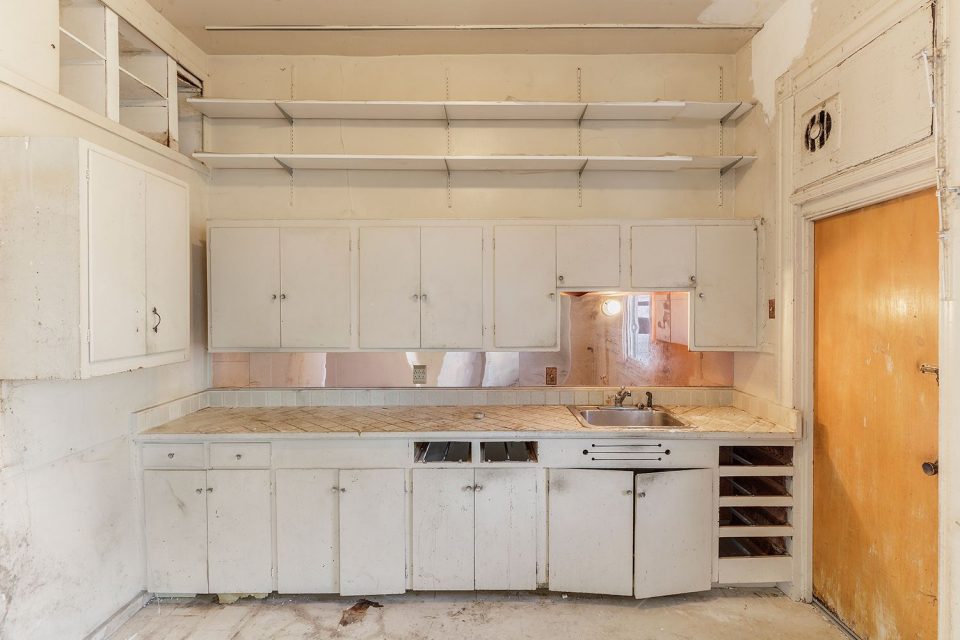 The kitchen is spacious with lots of potential. 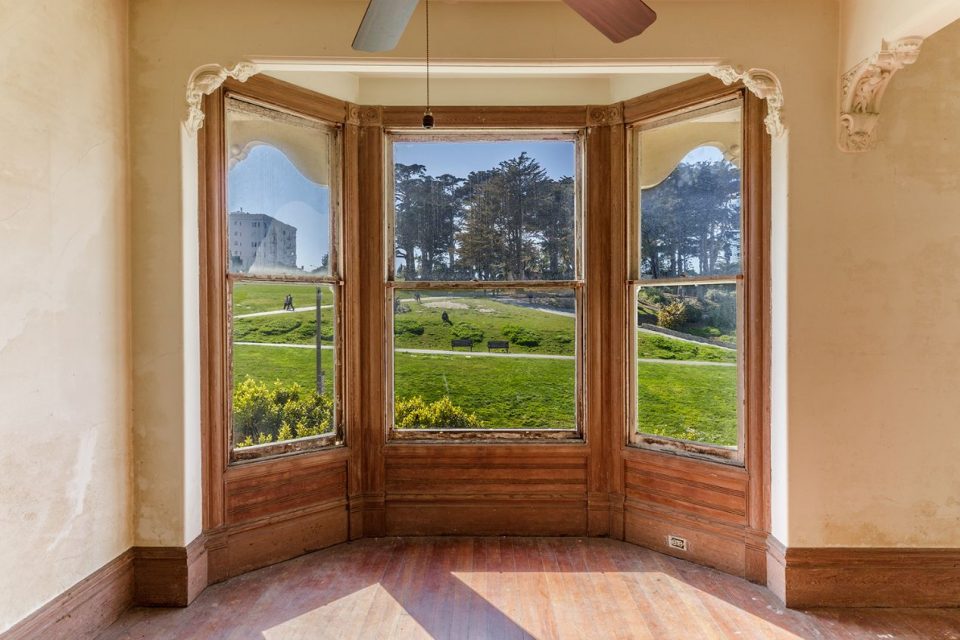 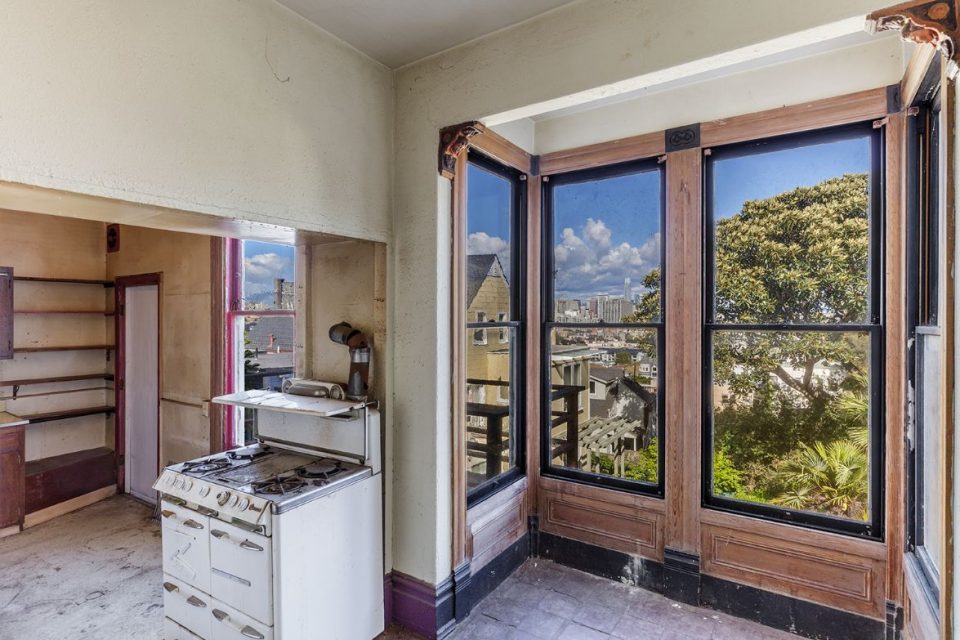 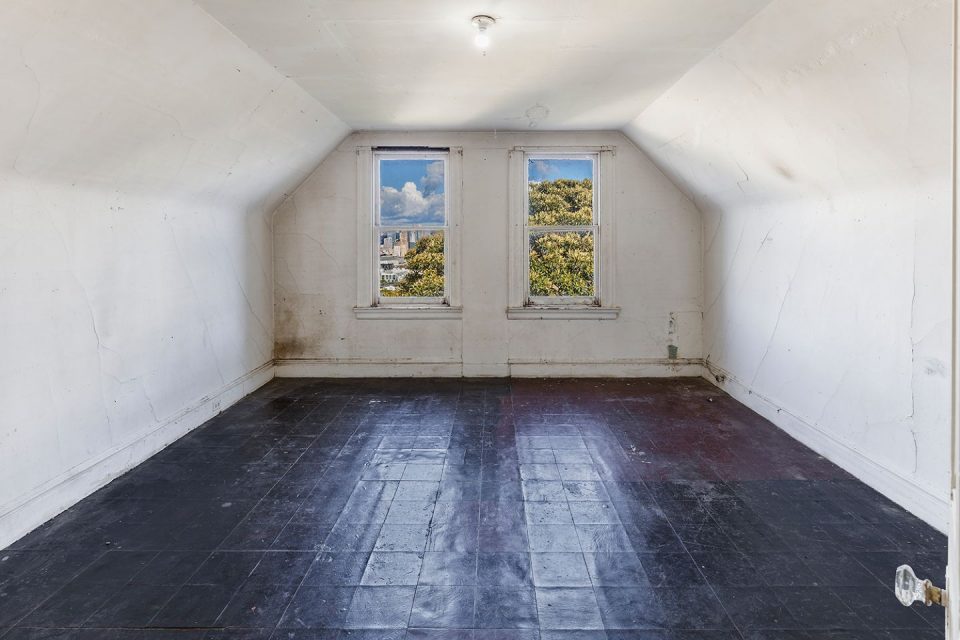 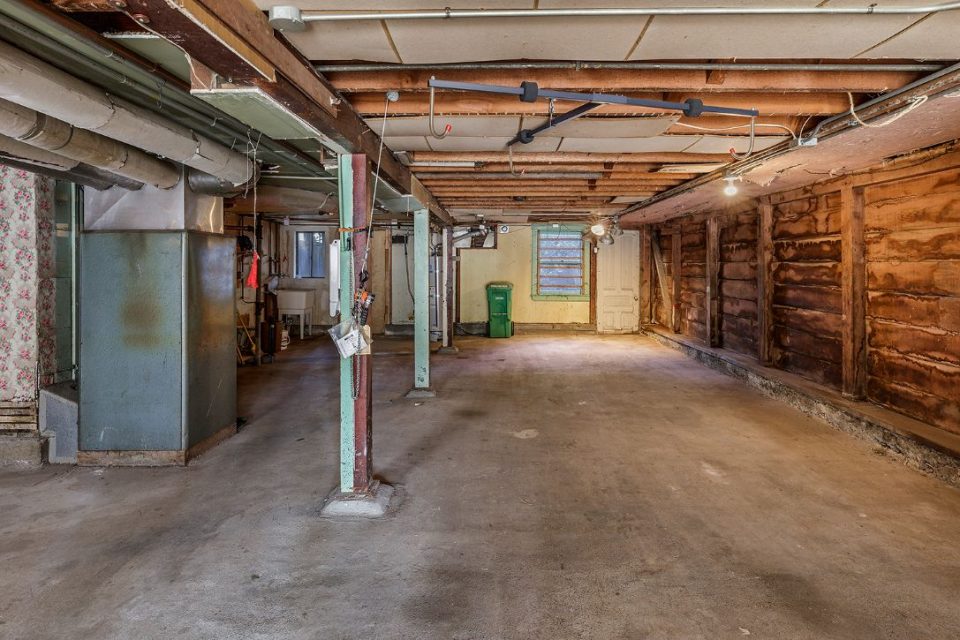 The units are built over a massive garage. 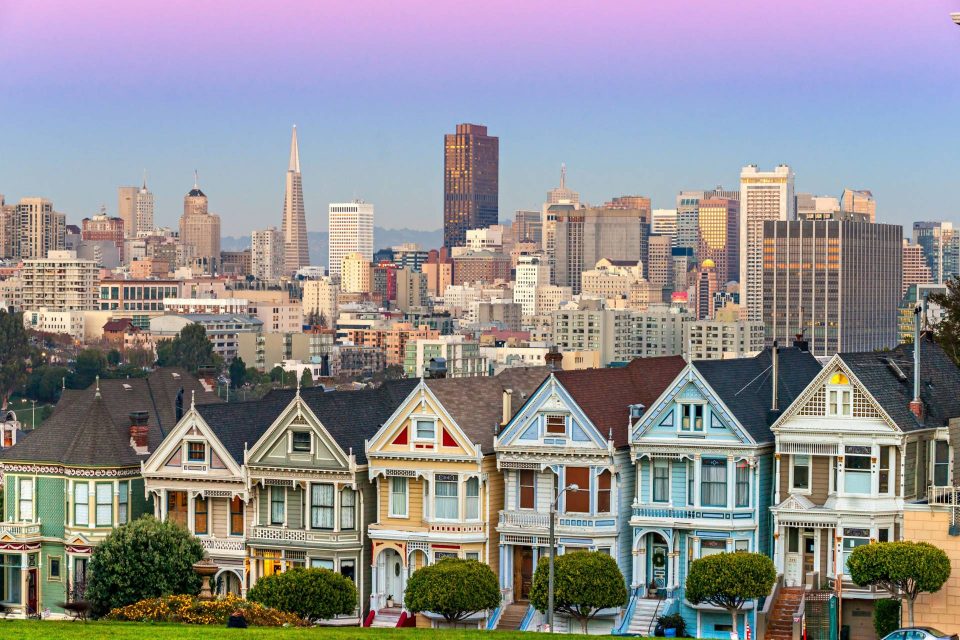 One of the most photographed sights in San Francisco is a row of pastel-colored Victorian homes sharing the gentle slope of Steiner Avenue above the gleaming skyline of the city’s bustling downtown. Known as the Painted Ladies of Postcard Row, the homes have their own Instagram and Twitter feed at #paintedladies and have been featured in numerous movies and TV shows including Invasion of the Body Snatchers and Full House. Built between 1892 and 1895 by architect Matthew Kavanaugh, the “Seven Sisters'' of Steiner Ave are some of only a handful of Victorians that survived the infamous earthquake and fire of 1906, located just outside the extensive “burned district.” The homes are part of the city’s Alamo Square Historic District.

A rare opportunity to own a piece of San Francisco history presents itself with the listing of The Pink Painted Lady for sale at $3.55 million. Last sold in January of 2020 for the same price to senior Twitter engineer, Leah Culver, the home is back on the market because the buyer does not have enough time to devote to the extensive restoration project. The sale includes plans from architect David Armour to restore the two-unit home to its former glory plus make it more climate friendly, approved building permits, and the home’s social media accounts.

The home’s gorgeous ornate facade features Victorian touches like cornices and a gabled roof. Bay windows provide stunning views of San Francisco and Alamo Square Park. The interiors have been altered many times since the original construction and many sections need work. The plans call for the construction of a large upper unit with five bedrooms and 3.5 baths, measuring 2,996 square feet with a sprawling open floor plan and a smaller lower unit measuring 895 square feet with two bedrooms and a separate entrance and laundry. The plans have been approved by the Mills Act program for the restoration of historic homes, offering the new buyer a substantial reduction in property taxes over a ten-year period.

Located next to Alamo Square Park, the home is also close to Hayes Valley, known for high-end boutiques and restaurants, as well as major celebrity sightings with heavyweights such as Harrison Ford and LeBron James photographed enjoying the neighborhood’s five-star eateries, and The Fillmore with its historic music venues where many bands including the Grateful Dead and Jimi Hendrix got their starts. It is just a few blocks from the main thoroughfare of Divisadero Street, lined with shops, restaurants, bars and nightclubs. The Painted Ladies have been occupied by such notables as The Color Purple author Alice Walker and the seven homes’ original architect, Matthew Kavanaugh, while one is owned by NBCUniversal for use as a film set.

The listing is held by Nina Hatvany of Compass, San Francisco, CA. 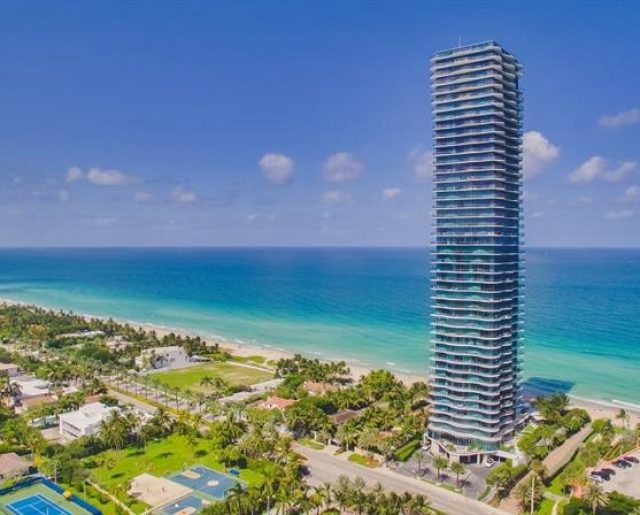