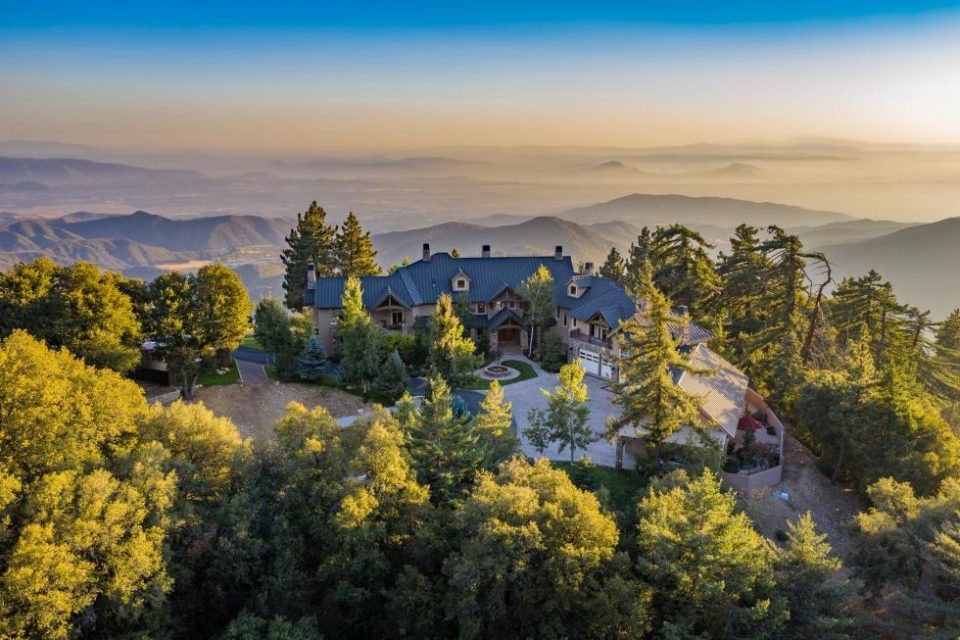 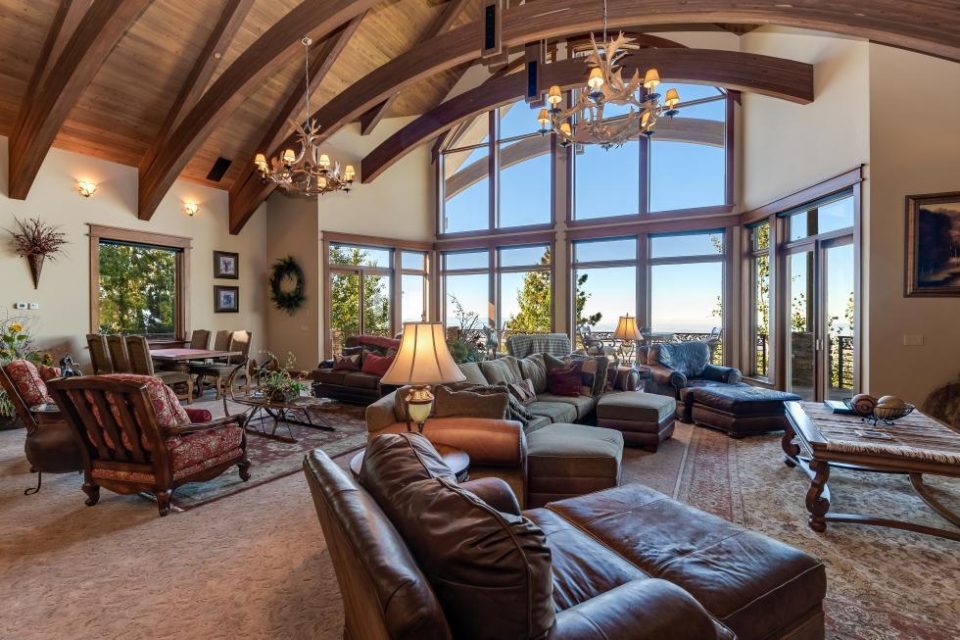 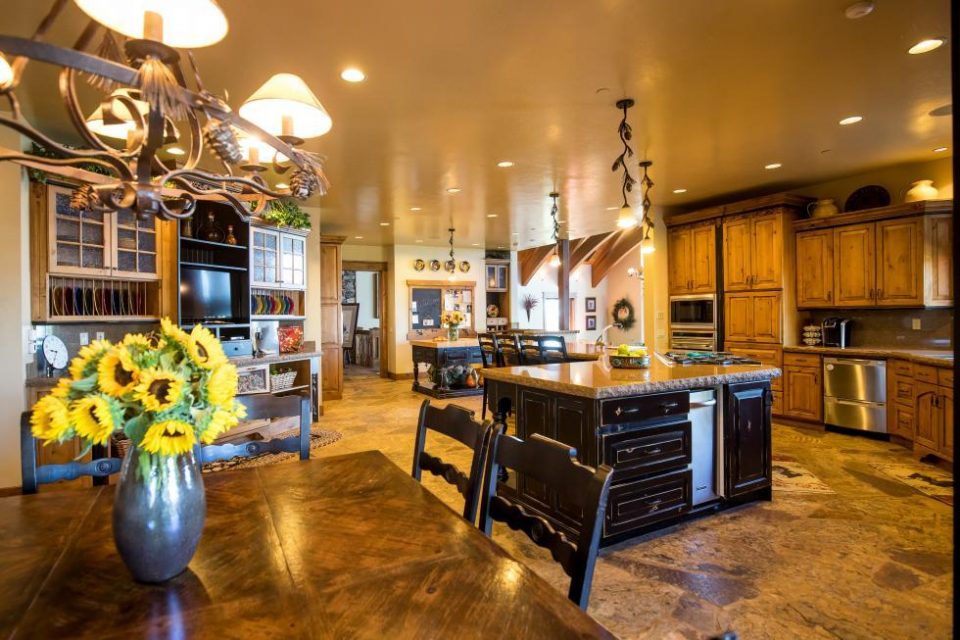 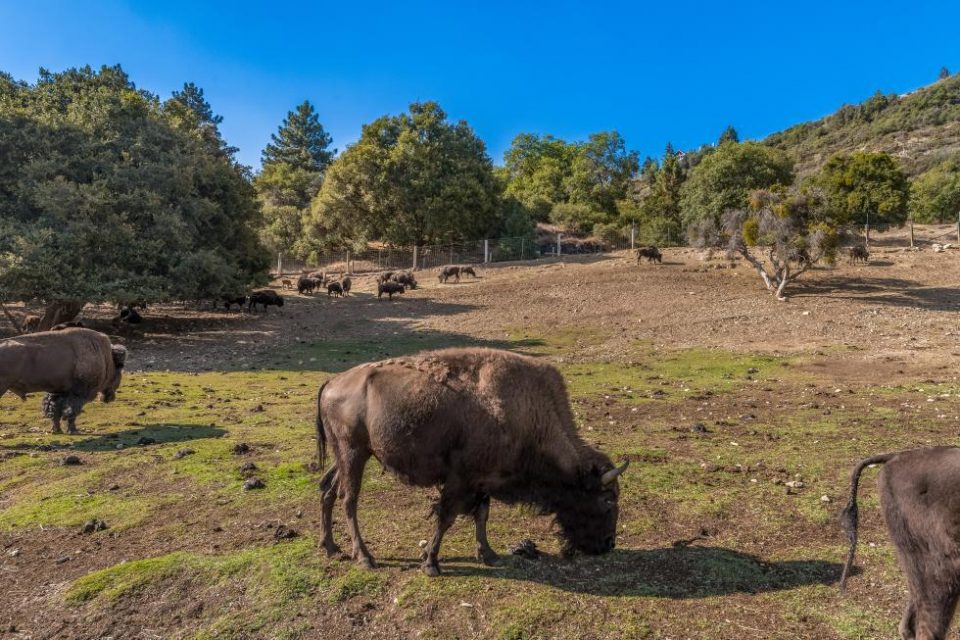 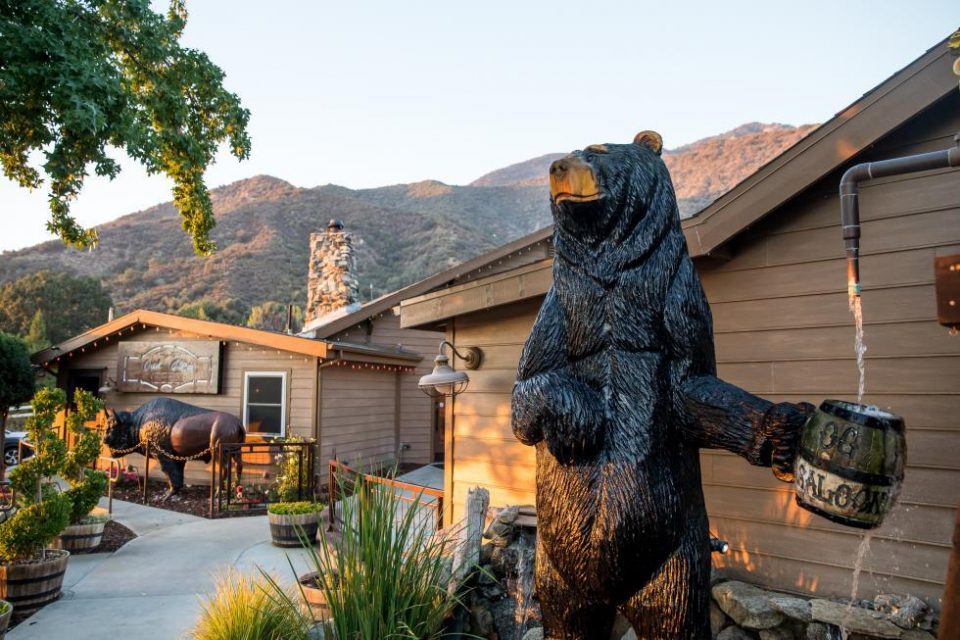 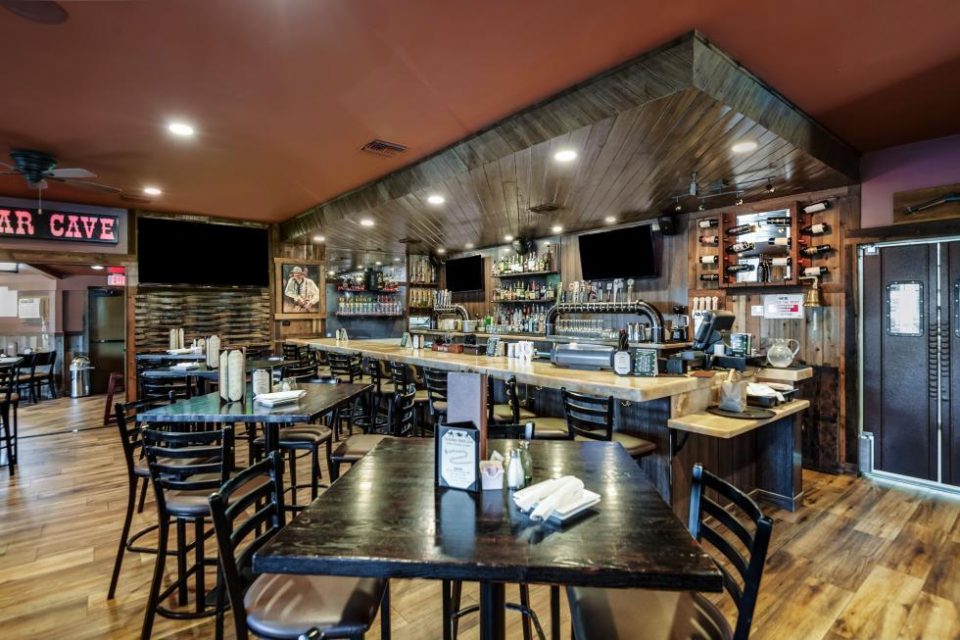 Winning the lottery is a dream come true, especially when the prize goes over the $100 million mark. That was the case of a California construction executive in 2014 who had the winning ticket that brought him a brain-busting $180 million windfall. With no hesitation, he immediately worked a deal on a mountain-top property with a mansion that was already under construction. He enlarged the plans and finished building it and, at the same time, purchased more land totalling 865 acres, a buffalo farm, a steakhouse serving his grass-fed buffalo steaks and a Wild West saloon. Now that the last detail is complete on the elegant chateau-style mansion and the related business operations are thriving, he is in search of another project. Now for sale is one of the most interesting and beautiful properties in the United States, priced at $26 million.

Sited on a ridgetop above Oak Glen, California with views from Little San Gorgonio to Mount San Jacinto peaks and the Salton Sea and Catalina Island, looking down over its 865 acres, it’s like sitting on top of the world. The 16,000-square-foot home is on a 9,000-foot peak on its own mountain with all-season trails for hiking or four-wheeler adventures through towering Sequoias and Redwoods, abundant wildlife sightings, waterfalls and far-reaching mountain, valley and city views. Just below at 4,500 feet is a clearing for a future helipad. Mansion grounds also include an apple orchard, a 4,100-square-foot, six-bay garage and carport. Inside the five-bedroom home is a three-story elevator, great room opening to wrap-around deck, a 17-seat theater, fully-equipped gym, wine cellar, its own water source, sustained internet and solar power system. The state-of-the-art kitchen adjoins the great room and the master suite has its own deck and Jacuzzi. There is also an attached one-bedroom apartment with a separate entrance and fully-equipped kitchen. Immediate grounds include an outdoor kitchen, two ponds and a stream.

The buffalo ranch comes with a sustainable 45 head of grass and apple-fed buffalo, a caretaker’s house and two barns, one for equipment and one for hay storage. Equipment that conveys with the sale includes several trailers, Toolcat Bobcat with a commercial snowblower, Kubota Tractor, John Deere 701 Backhoe and an operating fire truck. The buffalo meat is served at the Oak Glen Steakhouse and Saloon.

Also included in the sale are the popular Oak Glen Steakhouse and Wild West Saloon that includes an extra 2.5-acre undeveloped lot that was intended for additional parking. 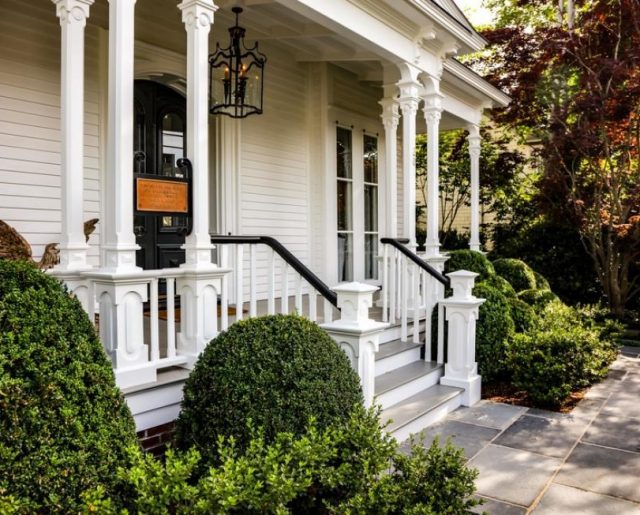